The office of Dr. Joel Goffman has prepared this Web Site as a source of information about his office and the services he provides. His goal is to provide you an opportunity to learn more about his office and see why Dr. Goffman is “the M.D. to see” not only for Laser Vision Correction, but also for all of your medical and surgical needs. 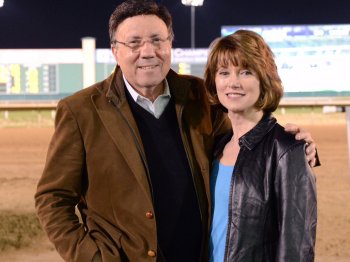 Dr. Goffman is married to Melanie, a flight attendant with Delta Airlines. He has two sons and a daughter. Brian received his MBA from Harvard and was formally CEO of Optify in Seattle, and Vice President of Linked-In. Brian is currently with Samsung Connect among other ventures.

Allison received her MBA from USC and is now the assistant marketing director for Adobe’s Photoshop division, in San Francisco.

Dr. Goffman enjoys photography, playing tennis, and gardening in his off-hours. He and his family enjoy the theater, art exhibits, reading and traveling.

A successful inventor (awarded two patents), Dr. Goffman has designed several of the devices that are used during Laser Vision Correction all over the world. For more information: go to http://www.eyeshieldtechnology.com.

Dr. Goffman began his Laser Vision education after traveling to Canada in 1992 where the Excimer Laser was used before its approval in the United States, and participated in a 2-year (1994-1996) FDA study of the Excimer Laser for PRK and LASIK. Since its approval in 1995, he has successfully treated hundreds of patients with a wide range of refractive errors with both LASIK and PRK.

The most common complaint that patients express today is “the doctor was not the person doing the examination and no one listened to their problems”. In our office, Dr. Goffman performs all aspects of the examination, and takes all the measurements necessary to perform LASIK or PRK. He learned a long time ago that if you want something done right, you do it yourself. Dr. Goffman’s office does not rely on associate Optometrists or technicians to determine the ocular health of his patients. Dr. Goffman sees his patients from start to finish.

Laser Vision Correction:
With many years of experience Dr. Goffman provides his patients with the latest technology available in Laser Vision Correction: the VISX Star S4 ActiveTrak Excimer Laser System for performing LASIK and PRK. Both LASIK and PRK reshape the cornea to eliminate the need for contact lenses or glasses. Dr. Goffman has performed hundreds of LASIK and PRK procedures on his patients for a wide range of refractive errors, including myopia (nearsightedness), astigmatism, and hyperopia (farsightedness).

The VISX laser is the most widely used Excimer laser for Laser Vision Correction in the world. It was the first laser approved by the FDA to treat high degrees of myopia and hyperopia with or without astigmatism.

Cataract Surgery:
Dr. Goffman performs “No-Stitch” Cataract Surgery. Patients can now enjoy the ease of outpatient surgery, and return home within a few hours. A multifocal implant that has been approved for many years. For more information about cataract surgery call Denise Irons at 713-467-0990 or (713) 461-8056 or you may email Denise Irons at eyemdhouston@gmail.com.

Glasses and Contact Lenses:
Adjacent to the office is South West Optical managed by Yolanda Cachola and Lisa Harmon. Together they have over thirty years experience in all facets of the optical business. Most single vision glasses can be made in 1-2 hours.

Most patients interested in wearing contact lenses can be fitted by Dr. Goffman the same day as their appointment. After the fitting the patients will then be instructed in the care and handling of their new contact lenses by our Contact Lens Specialist. Additional replacement lenses are available from this office or a prescription can be obtained. For more information about contact lenses call us during business hours at 713-467-0990 or (713) 461-8056 or email eyemdhouston@gmail.com.

Advances in vision correction technology have made glasses-free vision possible for nearly everyone.

Adjacent to our office is Southwest Optical. They offers many designer eyewear brands!

Get situated with all the necessary forms before you ever visit our office to save you time.